Definition of Argument to Moderation

The argument to moderation refers to the flawed reasoning that the truth is a compromise between two opposite positions. More descriptive synonyms are the false compromise and the argument from middle ground.

You’ll hear comments like: “The truth probably lies somewhere in the middle”. It appears logical, but it isn’t.

It falsely assumes that a compromise is the rational position to take. After all, you can’t go wrong with moderation and compromise, right? Actually you can. 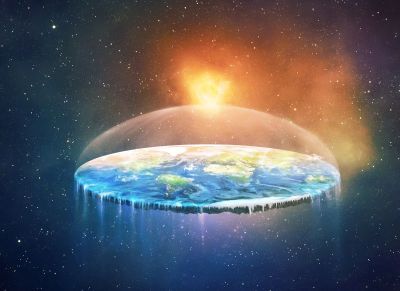 Flat earthers: shape of the world is not negotiable.

EXAMPLE: THE EARTH IS FLAT

Person A says the earth is shaped like a sphere. I am sure, because it is scientifically proven and I have seen videos and photos from outer space.

Person B is says the earth is flat. He is sure of it, because he has seen a documentary on the topic.

It is obvious that the earth cannot both be spheric and flat. There is no middle ground here. One of them must be factually wrong.

Hidden in here are other fallacies, for instance: if I haven’t experienced it, it is not true. So, if I don’t see a curved surface, the entire surface is flat.

Not every topic warrants a compromise approach. The truth is such a topic. In order to be true, something has to be objectively proven with evidence.

More and more people see the truth as negotiable (“my truth is different than yours“). Yet, what they are referring to is an opinion. By its nature, there can be only one objective truth.

We can have different beliefs and opinions about the truth, but these are per definition subjective.

Mixing up these terms is problematic. It erodes the truth as the independent touchstone of society and civilization.

Fresh grass cannot be green or blue at the same time. You are free to feel or think that grass is blue, but it still green. Someone who is colorblind may see something else, but we have all agreed that we call the color of fresh grass green.

The truth is a complex and multi-faceted concept. We’ll dive deeper into this fascinating concept in the course The Truth And How To Deal With Alternative Facts. It will be online after the Summer.

Register here to be informed when the course goes live.